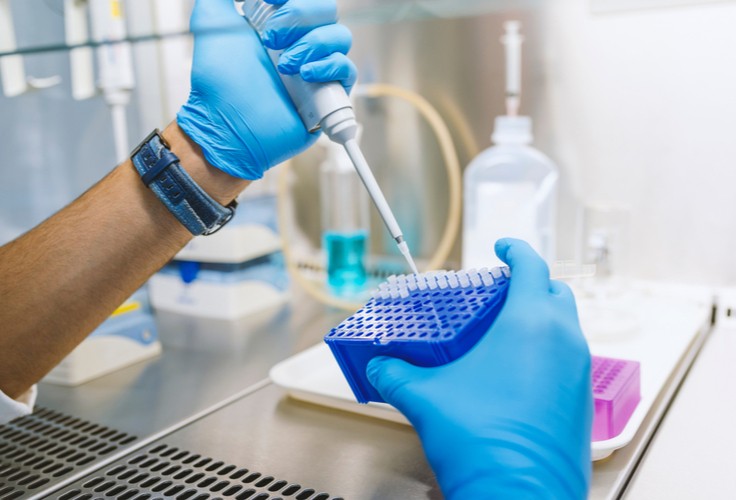 Fume hoods are designed to protect people who work with chemicals that may produce hazardous gases, vapors and particulates. They achieve this with airflow that pulls dust and fumes away from where the worker stands. Testing after installation and at regular intervals afterward verifies hoods are working as intended, but it must be done in a standardized and systematic manner. This is why every chemistry lab should have a fume hood testing procedure.

It’s good practice to test a fume hood immediately after installation. This demonstrates that it will keep fumes and particulates away from someone working at the hood. It also provides a baseline for measuring any changes in performance.

Here, we’ll describe how to test a fume hood. Note that this is intended as an overview of how this is done and not as a comprehensive procedure document.

Air almost never moves in straight lines. It’s usually full of turbulence and eddies, which make it difficult to predict how fumes and particulates will move through a space. With fume hoods, this means there’s a risk that while peak airflow velocity is satisfactory in other areas, the air could be stationary or even move toward someone close.

OSHA has specific fume hood testing requirements. It expects that hoods be tested at least annually. However, many lab operators require their fume hood users to perform more frequent checks.

The preferred manner of testing is to follow the ASHRAE 110 procedure. This has three components with a rating of fail, poor, fair or good being awarded to each one. The components, and the sequence in which they should be performed, are:

Flow visualization is done with smoke. Smoke testing splits into local and gross smoke. Local is where smoke is released inside the hood and an observer verifies that none escapes. Gross smoke refers to setting a smoke bomb in the lab and verifying that the smoke is extracted by the hood.

Face velocity measurement means measuring airspeed at the hood opening. As airflow can vary around the opening, this should be done by dividing the opening into a series of squares and measuring velocity in each one. Hood manufacturers have specifications for how they do this, including sash positions, and for the speeds that should be recorded.

A tracer gas is one that can be measured by a detector fixed to a mannequin placed where the user would stand in front of the hood. A gas is released into the hood and the detector subsequently checks to see if the operator would have suffered any exposure.

We perform fume hood testing to ASHRAE 110 and any other applicable standards. We can supplement this with testing, such as:

The ASHRAE test specifies sulfur hexafluoride as the tracer. This is a potent greenhouse gas whose use is becoming increasingly problematic. We have shown that nitrous oxide is an effective alternative, and we are working with the various bodies concerned to have this formally adopted.

For a quote on fume hood testing or to discuss any aspect of the services we provide, please contact us.