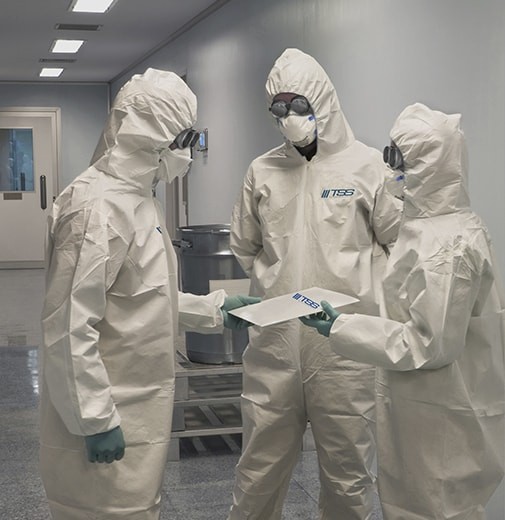 Large scale decontaminations are typically performed with vaporized hydrogen dioxide (H2O2) or gaseous chlorine dioxide (ClO2). The selection of the appropriate agent, and additional decontamination plan details such as the scope of the decon, should be considered as part of plan development taking into consideration the reason for decontamination, expected activities within the space following decontamination (i.e. construction), possible pre-emptive measures that may be taken prior to the vapor/gaseous decontamination, and other factors as appropriate.